of packaging waste in
post-consumer plastic

CO2 recovery for industrial use

OF PACKAGING
WASTE IN POST-CONSUMER
PLASTIC

CO2 recovery for industrial use

Montello S.p.A. is located in an industrial area of approximately 450,000 square meters, of which 120,000 are covered.
Up until the end of 1995 it was a steel industry for the production of reinforcing steel bars.

In 1996, after repeated crises in the national steel industry, the decision was to close the steel industry company (Brown Economy), converting the plant into recovery and recycling of packaging waste in post-consumer plastic and organic waste from separate waste collection (Green Economy) which, at that time, began to become popular in Lombardy.

And that is how the concept of waste/resource towards a Circular Economy begins.
With this production reconversion, today the company Montello S.p.A. employs 650 people (compared to the 320 who were employed at the time of the closure of the steel industry company).

At the moment, the factory in Montello (BG) recycles 200,000 tons a year of post-consumer plastic packaging from which new products are obtained, and 600,000 tons a year of OFMSW Organic Fraction deriving from the separate collection from which biogas is obtained, used to produce both electric and thermal energy and biomethane, at the same time recovering CO2 carbon dioxide for industrial technical use and producing a high quality organic fertilizer.

The company has obtained, over the years, ISO 9001,
ISO 14001, ISO 18001 and ISO 50001 certifications. From the month of October 2017 the company has also obtained certification in sustainability of biomethane produced for automotive use.

Montello S.p.A. is an example of excellence, both nationally and internationally, for an integrated system and applied advanced technology. 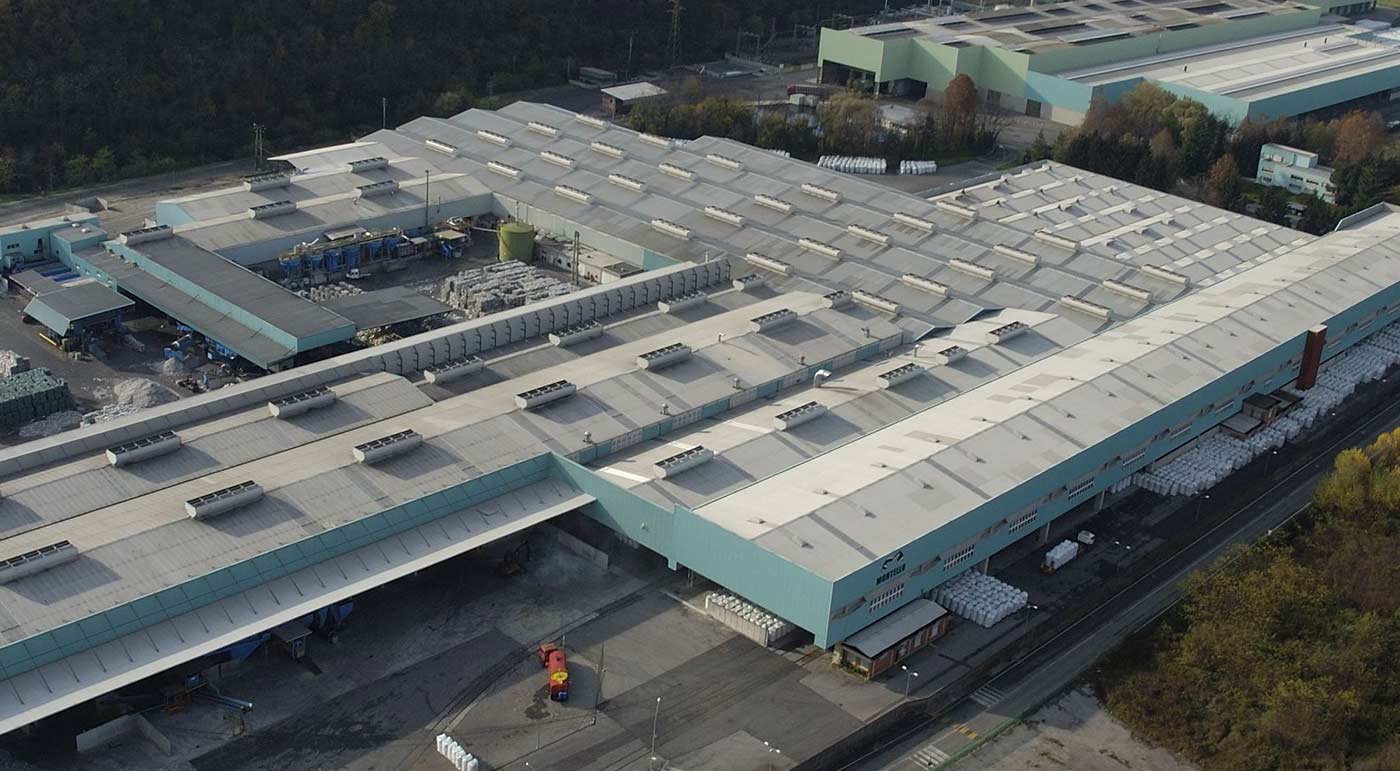